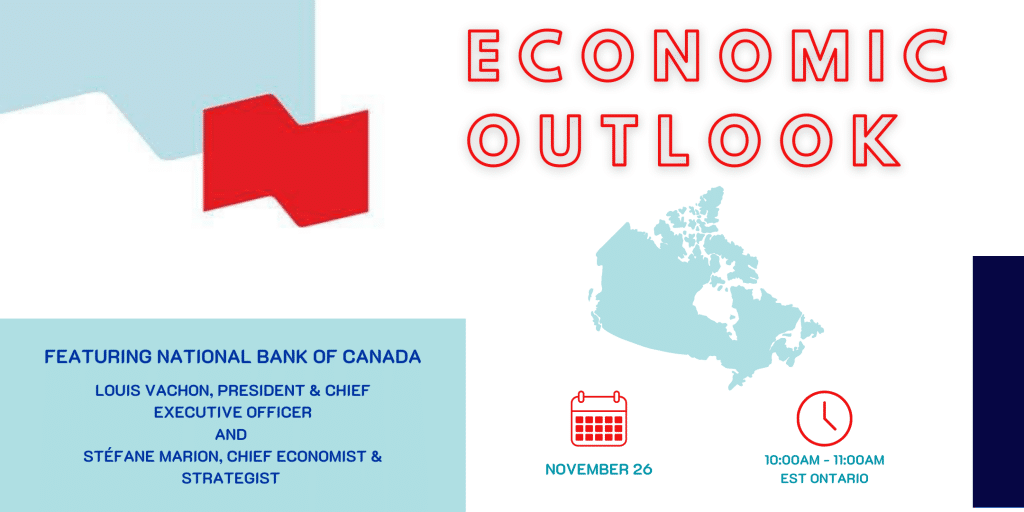 As expected, the global economy rebounded strongly in Q3 as many countries softened their physical distancing rules after managing to flatten their Covid-19 contagion curves. As some sectors of the economy reopened, a solid rebound was to be expected, the more so because of demand pent up during the spring shutdowns. The bounce back was also fueled by substantial government assistance to businesses and to household incomes. But there is still a long way to go, and global growth is likely to be much slower in Q4 as many countries deal with a marked resurgence in new cases of Covid-19.

Join Sandbox, in partnership with National Bank of Canada, for the Economic Outlook Tour with Louis Vachon (President & CEO of National Bank) and Stefane Marion (Chief Economist & Strategist of National Bank) as they address the state of the global economy, Canadian economic trends, financial implications, and more.

Register now to secure your spot!

All registrants will receive an email containing a link for the event.

NOTE: The platform used for the event is Microsoft Teams Live. To avoid technical problems and mitigate frustration, it is recommended that you include the following points with your invitation:

Stéfane Marion is Chief Economist and Strategist for National Bank of Canada and National Bank Financial, a position he has held since November 2008. Mr. Marion is a sought-after speaker on economic trends and their financial implications and is ranked among the leading economists in Canada according to Brendan Wood International.

National Bank Financial Economics and Strategy team is regularly ranked among the top Canadian forecasters and has won recognition for the accuracy of its projections. In 2012, the C.D. Howe Institute appointed Mr. Marion to its Monetary Policy Council and to the newly established Business Cycle Council. He also sits on National Bank Pension Committee.

Mr. Marion joined NBF’s Economics Group in 1999. Previously, Mr. Marion worked for several years in the federal departments of Finance and Industry in Ottawa, where, in addition to economic analysis and forecasting, he also worked on microeconomic policy impact studies. In particular, he participated in the development of forecasting models and the analysis of the FTA and NAFTA free-trade agreements with the United States and Mexico.

Mr. Marion holds a Bachelor’s degree and a Master’s degree in Economics from the Université de Montréal.

As President and Chief Executive Officer of National Bank, a position he has held since June 2007, Louis Vachon is responsible for the strategies, orientations and development of the Bank and its subsidiaries. He is supported by a team of senior officers who, with him, make up the Office of the President. At the time of his appointment, Mr. Vachon was Chief Operating Officer, a position he had held since 2006.
From 2005 to 2006, Mr. Vachon was Chairman of the Board of National Bank Financial, the Bank’s leading subsidiary, and of Natcan Investment Management. He had previously served as Chief Executive Officer of National Bank Financial.

Mr. Vachon began his career in 1985 at Citibank and joined Lévesque Beaubien Geoffrion in 1986. From 1990 to 1996, he worked for Bankers Trust, where he was ultimately appointed President and Chief Executive Officer of the Canadian subsidiary, BT Bank of Canada. Mr. Vachon rejoined the Bank in 1996 as President and Chief Executive Officer of Innocap Investment Management. A year later, he was appointed Senior Vice-President – Treasury and Financial Markets.

Mr. Vachon serves on the Boards of Molson Coors Brewing Company, Groupe CH Inc. and of the OSMO Foundation. He is also involved with a number of social and cultural organizations. Mr. Vachon holds a Master’s degree in International Finance from Tufts’ Fletcher School and a BA in Economics from Bates College. He is also a Chartered Financial Analyst, CFA®.

Thank you to our sponsor: 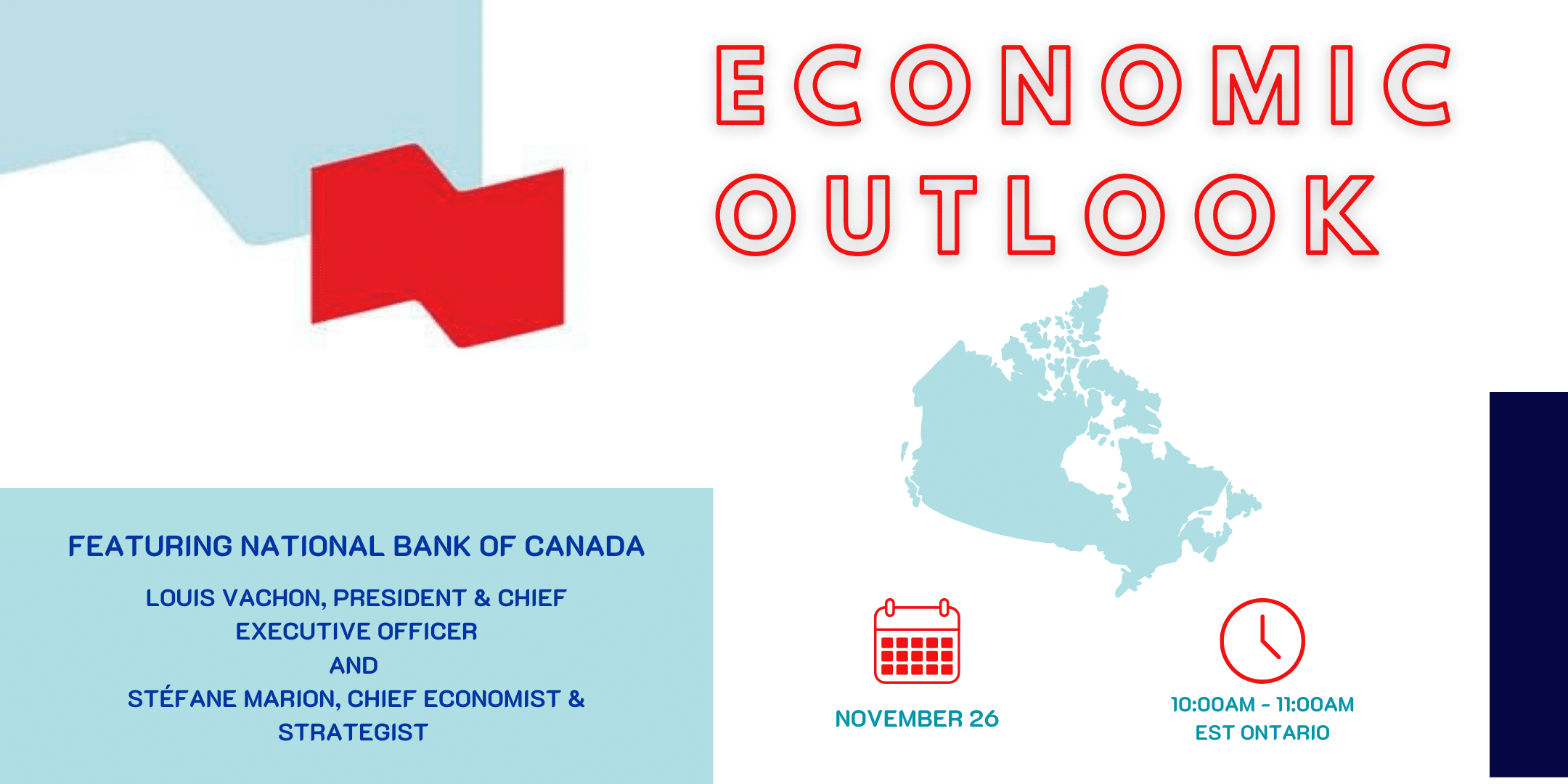