So, without further adieu, continue reading to dive into this eye-opening blog about how shared employee experiences revealed that things weren’t right in organizations and that discrimination and inequality were serious problems that needed to be fixed.

In 1967, Christine Mann Darden – a Black woman – joined NASA as a data analyst.

It didn’t take long before she experienced and observed inequity in her workplace. What she saw was that “men with math credentials were placed in engineering positions, where they could be promoted through the ranks of the civil service, while women with the same degrees were sent to the computing pools, where they languished until they retired or quit.”

In Data Feminism, Catherine D’Ignazio and Lauren F. Klein share Darden’s story and explain how, when Darden brought this observation to her boss, she was told, “Well, nobody’s ever complained,” and her own complaint led to nothing. Later on in her career, Darden continued to experience inequity, watching as her male counterparts received promotions far more quickly. Finally, together with a White woman named Gloria Champine, Darden brought a bar chart to the director of her division who was “shocked at the disparity” and gave Darden a promotion.

Darden had experienced bias, discrimination, and inequity in her workplace. Racism. Sexism. She knew how it felt, she knew how it showed up. And yet her lived experience didn’t count until it was “proven” with data.

Today, organizations are turning to sophisticated people analytics to produce graphs, metrics, dashboards…visual representations of human experience. Or at least that’s what it seems. Right there in the D&I toolkit, alongside unconscious bias training, diversity training, sponsorship programs and ERGs is the “diversity and inclusion dashboard”, with its HRIM-integrated AI-backed natural language processing (NLP) that promises to take a wealth of quantitative and qualitative data and transform them into actionable insights.

But what story does the D&I dashboard really tell?

A better question might be, what story are your D&I metrics hiding?

Don’t judge a company by its D&I accolades

We don’t need to look any further than the Uber that employed Susan Fowler. In her memoir Whistleblower, Fowler explains “Uber had instituted diversity and inclusion industry ‘best practices,’ and while I worked there, Uber checked all of the boxes for a company that cared about diversity and inclusion.” And she’s not kidding. The list of interventions range from multiple trainings, a program aimed at eliminating hiring bias, diversity recruitment efforts, ERGs, regular culture and engagement surveys, and even manager compensation and performance assessment tied to diversity metrics.

Many a D&I practitioner would look at the smorgasbord of interventions and hail Uber as a model for progressive commitment to D&I. But like so many things that seem too good to be true, these tactics concealed a toxic culture. Fowler’s own experience speaks to the weaponizing of one of the organization’s D&I interventions; her boss (who had allegedly sexually harassed her) blocked Fowler’s legitimate department transfer request, ostensibly, because losing her would mean his team’s diversity metrics would suffer, and his performance evaluation and compensation would be at risk as a result.

Fowler’s lived experience at the company told a particular story about a toxic culture of sexism and harassment, a cultural assessment which was subsequently confirmed by an independent investigation and report by Covington & Burling. Eric Holder, a partner at the firm and co-investigator, presented a report to the Uber board that painted a picture of such cultural and organizational dysfunction that the recommendations amounted to a complete reconstruction of the company’s culture. It confirmed what Fowler had understood, that “it didn’t matter how many women joined the company, if those women were sexually harassed; that it didn’t matter how many black engineers we hired, if they were discriminated against; it didn’t matter how many women we put into positions of power, if those women perpetrated or enable the illegal / behavior. We weren’t going to fix these systemic problems–problems that were the reasons why we didn’t have many engineers who were women or people of color…. Trying to repair Uber’s aggressive disregard for civil rights and employment laws with diversity and inclusion initiatives was like putting a Band-Aid on a gunshot wound.”

While today, Fowler’s lived experience can be read in her memoir, she raised her concerns inside the organization, and via the “appropriate channels,” at the time. And she wasn’t the only one. Like Darden half a century earlier, Fowler and other peers went to their leaders, telling them how their experiences revealed that things weren’t right, that bias, discrimination and inequity were serious problems in their organization.

“Trying to repair Uber’s aggressive disregard for civil rights and employment laws with diversity and inclusion initiatives was like putting a Band-Aid on a gunshot wound.”

So, a question for the Uber of 2017 and for organizations today that claim to value diversity and inclusion: How do the lived experiences of your people factor into the picture you have of how bias, discrimination, and inequity shape the employee experience, and, ultimately, prevent them and your organization from achieving its full potential?

When was the last time you courageously created the space for your people to share, with candour, their answer(s) to the questions:

Do you feel you have an equal opportunity to succeed here and reach your full potential?

How have you observed and/or experienced bias, discrimination, and inequity?

Don’t get me wrong, I know that there are a lot of barriers to asking these questions, not least of all the complexity involved in analyzing qualitative data. 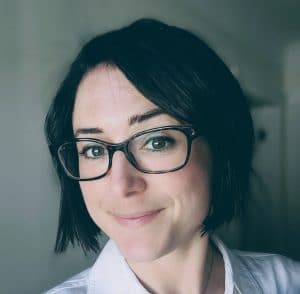