In this blog post, Daniel outlines his personal entrepreneurial fears and experiences. He highlights how to overcome those fears and work towards building success.

I can’t begin to tell you how many things I’ve done, that I have no idea how to do. Seriously, the majority of my professional career and entrepreneurial journey could be summed up like this:

Only one supreme villain can stand in the way of this “You never know until you try” method… Its name is FEAR and it has little minions called “Social pressures.”

In this short blog I hope to offer some valuable tips and strategies on how you can conquer these fears and defy social pressures, so you can get back to taking more risks, trying new things and eventually achieving your dreams.

What fear knows about us

Fear knows (or at least thinks it knows, that a vast majority of people are afraid to fail. it’s called ‘the Fear of Failure.’ Fear of Failure is one of the main reasons people hold back on reaching their true potential or even attempt to try something that could open up a world of opportunity to them and at the least provide a new and educational experience. We often haunted and afraid of not succeeding in our endeavours and the negative consequences that could come with it.

“I told you it wouldn’t work!”

“See you should have just listened to me.”

“What were you thinking?”

These are some of those external or internal voices that threaten us to even take the first step towards the unknown. And so, we don’t. But what if you and I were ok with the thought or possibility of something not working or being successful the first or second time around, or even the third or fourth? What about the 217th time like Howard Shultz – CEO of Starbucks who must have viewed the word “NO!” as a symphony by that point. What about 1,009th time like Colonel Sanders – Founder of KFC who literally went on a rejection spree before someone was actually willing to give his finger-licking-good recipe a try.

I live my life like this: If I spend 10-15 years trying to build a successful tea empire, open up all these stores, build an e-commerce site, attend hundreds of trade shows, serve hundreds of thousands of customers, train a number of staff and do everything else that comes with running my own business and still fail. Then if needs be, I am 100% certain that I can stop into the nearest McDonald’s hand in my resume and completely CRUSH IT and enjoy my life. Those McDonald’s customers will get the most luxurious customer service they’ve ever experienced. Or if I joined a startup, they’re going to get the most enthusiastic, critical thinking team player in their squad or whoever and wherever I decided to point my learned experiences, they will benefit immensely and so will I.

Now, I know this might sound like a stretch. Not everybody would be willing to go from founder to entry level job even based on their financial needs… but the point I’m trying to make is that the mindset that attempts things wholeheartedly and with 100% conviction that they will either succeed or learn, cannot fail. In fact, they will succeed because they will try and nobody can succeed unless they try.

In closing, here are 5 ways that you can start to get a better grip on fear and social pressures and start to take more calculated risks towards achieving your dreams or building success.

Whew! That’s a mouthful. I’m done. I hope this helps you carve out a much more successful year ahead! 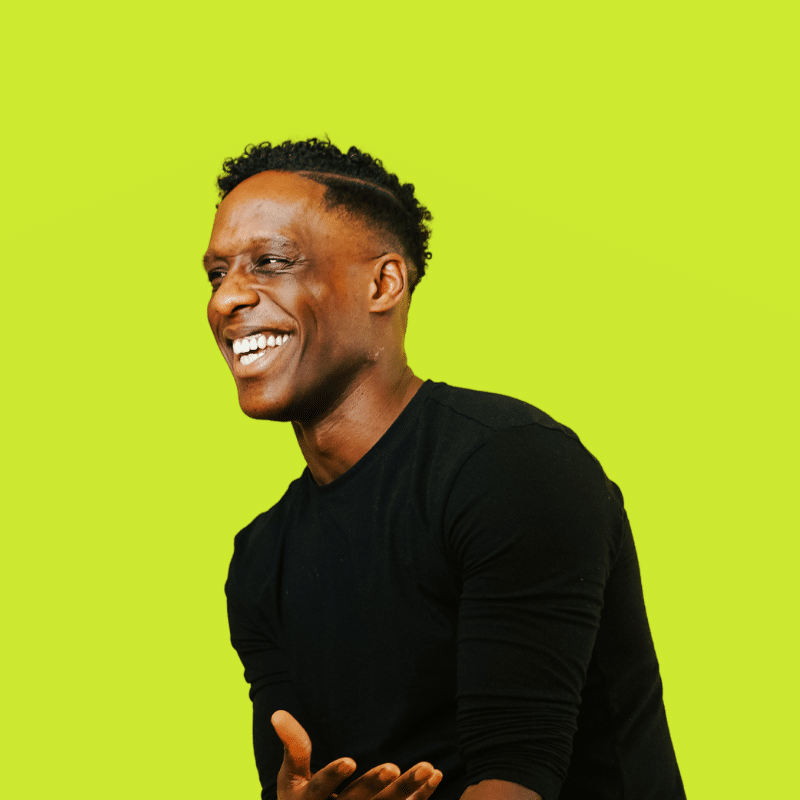 Author, entrepreneur and International speaker Daniel Lewis is the proud founder of the award winning tea company Daniel’s Chai bar (formerly known as T By Daniel.) His people-focused outlook on entrepreneurship and his experiential business tactics have garnered him and his company nationwide recognition and many awards and honours such as 2014 Young Entrepreneur of the Year, 2016 Business Excellence Award and 2017 Top 40 Under 40 Entrepreneurs and just recently 2022 Global Visual Victories Silver Medal for most creative Pop-Up Store Design.

Daniel’s success with his retail tea brand has even landed him an opportunity to serve HRH King Charles III during his 2017 Royal Tour to Canada.

Daniel grew his company from a grassroots start-up, to an established local tea brand who served the Royal Family. The journey has been both challenging and worthwhile and Daniel aims to present organizations with the grit and tenacity it takes to start a business and the hope and inspiration needed to sustain it. Using real-life examples and experiences Daniel will leave you ready to tackle your business in a creative, realistic and impactful way.

Learn more about Daniel and his story here.